Stages of the Economic Cycle

What are “Stages of the Economic Cycle”? 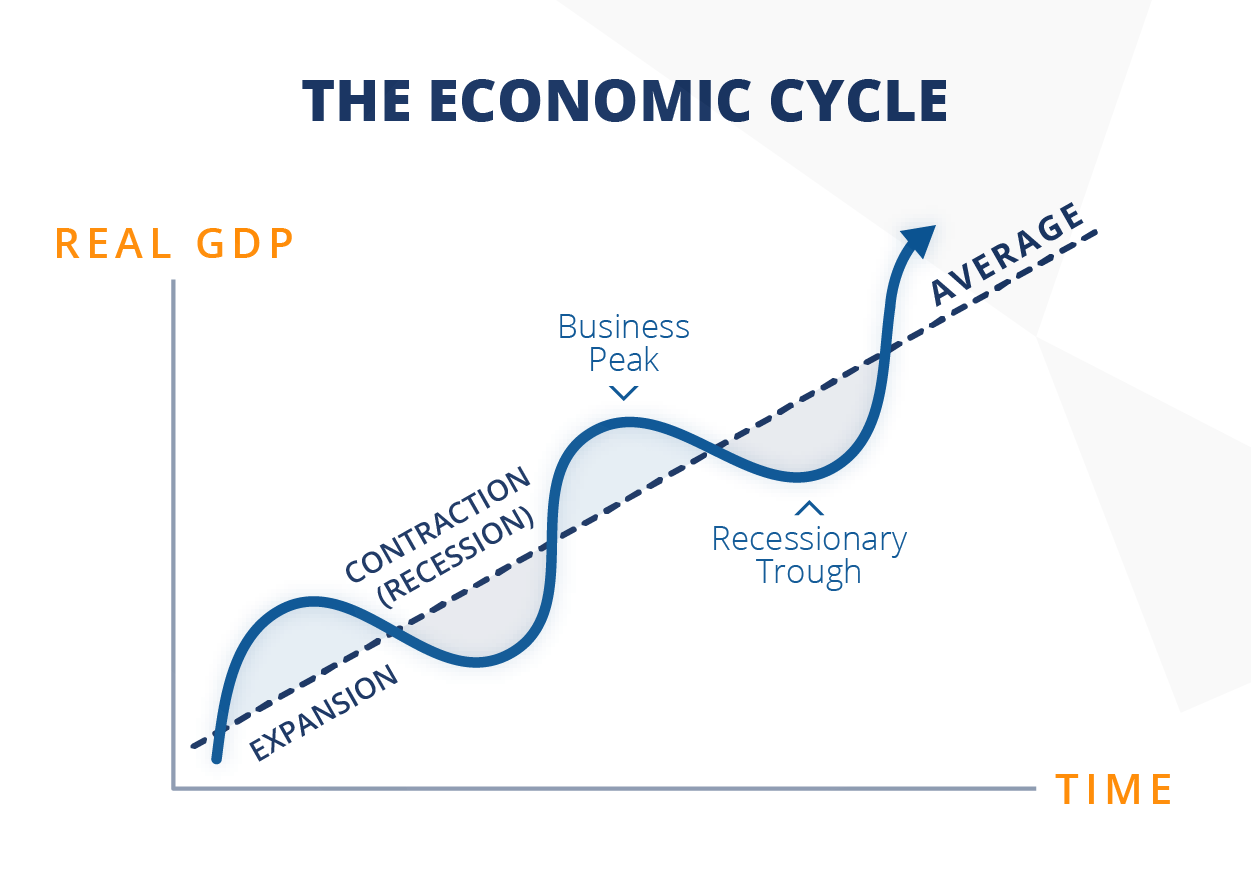 An expansion features growth in most sectors of the economy, with increasing employment, consumer spending, and business investment. As an expansionary stage approaches its peak, the rates of increase in spending, investment, and employment slow but remain positive, while inflation accelerates.

A contraction or recession is associated with declines in most sectors, with inflation typically decreasing. When the contraction reaches a trough and the economy begins a new expansion or recovery, economic growth becomes positive again, and inflation is usually moderate. Still, employment growth may not start to increase until the expansion has taken hold convincingly. A recession is generally defined as two consecutive quarters of negative GDP growth and, therefore, worse than a contraction.

A generally accepted rule is that two consecutive quarters of growth in real GDP are the beginning of an expansion, and two successive quarters of declining real GDP indicate the start of a contraction. Analysts and statistical agencies that date expansions and recessions often examine several different economic metrics such as real income, employment, and industrial production, when identifying turning points in the business cycle.

Below is a multiple-choice question to test your knowledge. Download the accompanying excel exercise sheet for a full explanation of the correct answer 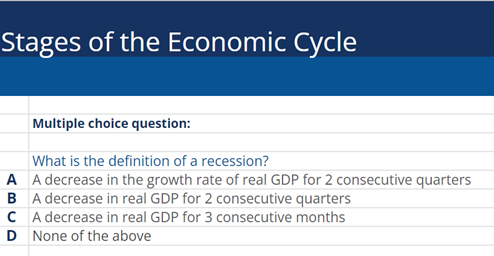