What are “Restructuring Costs”?

A company will report restructuring costs when it incurs one-time or infrequent expenses in the process of reorganizing its operations to improve its long-term profitability and efficiency.

Restructuring costs are reported as non-operating charges and aren’t expected to recur in the future. Although they are non-recurring costs, they still are reported in the income statement and used to calculate the net income. Often analysts will ‘normalize’ or ‘clean’ earning of restructuring costs to give a better understanding of the long-term profitability of the firm.

Company A. has decided to make the following changes to its operations:

Although companies might need to pay out restructuring costs over time, the whole amount should be expensed as soon as reasonably probable. When a company reports the restructuring costs, it will expense them and create a liability until the cash is paid out. 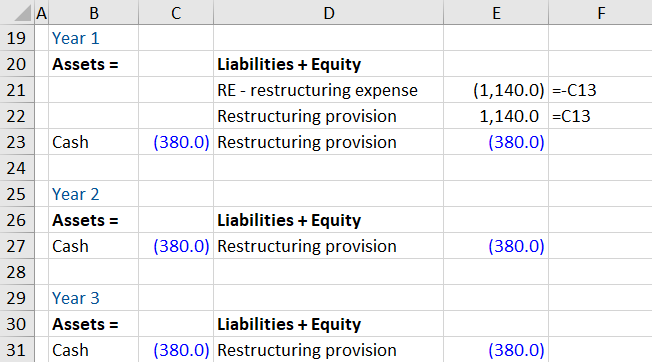 Below, Kellogg Inc. is reporting $0.42 cents per share, but adjusted for non-recurring items it’s suggesting its recurring EPS is $0.91 cents per share. The detail below is taken from Kellogg’s 8-K filing at the SEC. Companies usually present this type of analysis in the press release related to earnings announcements.

Kellogg’s disclosure and explanation of the non-recurring items: 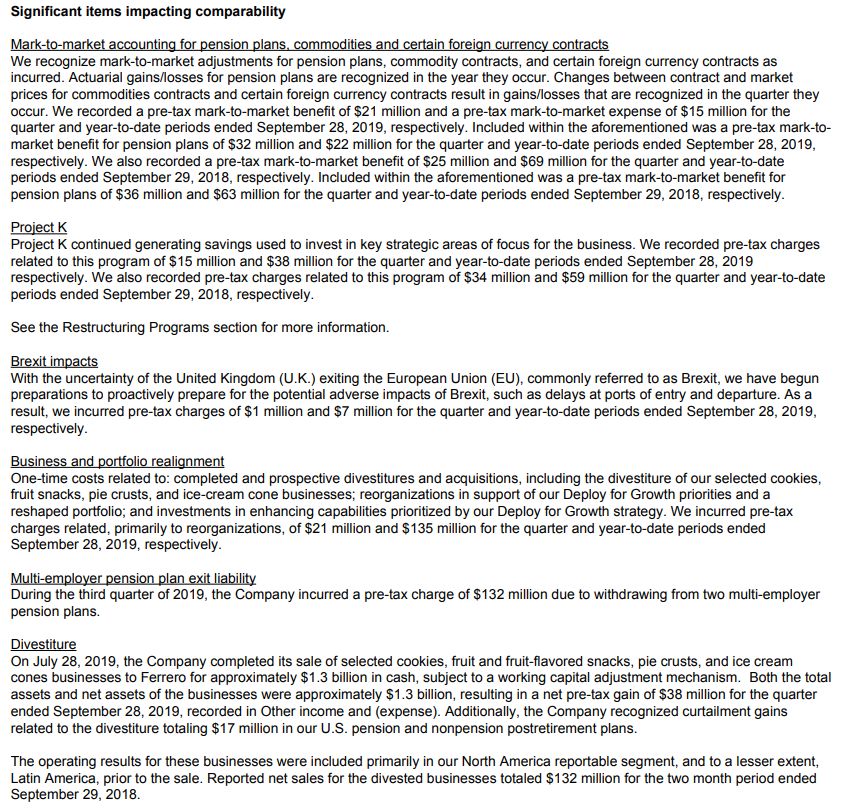