What is a “Foreign Exchange Market”?

The foreign exchange (also known as FX) market is a decentralised global marketplace, where traders buy and sell different currencies and exchange rates are determined. Trades are executed on an ‘over-the-counter’ basis and the system operates 24 hours, five days a week.

The FX market is the largest and most liquid financial market with a daily volume of trades totalling around $6.6 trillion according to the Bank for International Settlements. It is one of the most accessible financial markets, where both global institutions and individual investors can speculate on the exchange rates of different currency pairings.

Some of the major FX trading hubs around the world include global financial centres such as London, New York, Tokyo and Hong Kong. London was the largest trading centre in the world in 2019 with 43% of total trading volumes (according to BIS).

The Basics of the FX Market

The major role of the foreign exchange market is to determine the “value” of a currency, which in the case of free-float currencies is influenced by the supply and demand for that currency. They are always traded in pairs, which basically means comparing the value of a currency against another currency. Technically, these pairs are composed of the base currency (the one which traders want to buy or sell) and the quote currency (the amount that one unit of base currency would cost to buy or sell).

The most actively traded currency is the US Dollar, where the most liquid currency pairs are:

However, there are also fixed-float currencies, where the government of a country pegs its exchange rate to a particular standard. For example, until 1971 the US dollar was pegged to the price of gold at the rate of US$35 per ounce of gold. Nowadays, this approach is more popular in developing countries, which seek stability in order to attract foreign capital.

There are various factors that could influence FX rates and markets. One, in particular, is interest rates set by central banks as they can have a direct impact on the supply and demand for financial assets. For example, an interest rate hike could make the country’s currency more attractive and increase the demand for it.

FX rates can also be influenced by a number of economic factors such as the government’s policies, economic outlook, inflation, unemployment and trade balance. In addition, the prevailing political climate is also hugely important as any instability may have a negative impact on a currency.

Last but not least, investors should be aware that foreign exchange markets are highly liquid which makes them an attractive investment market. 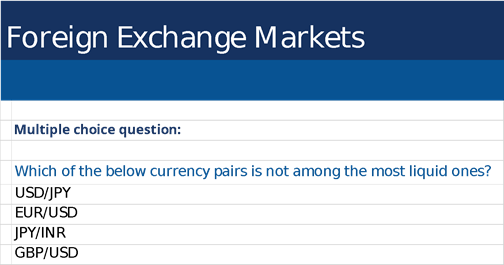