What is an Intangible Asset?

An intangible object is something that cannot be touched, is hard to describe, or assign an exact value to. It does not have a physical nature or presence but still has value.

In accounting terms, an intangible asset is a non-physical resource with a financial value that has been acquired by a third party. A company can develop intangible assets internally which can be very valuable, but these won’t be recognized on the balance sheet.

According to the IFRS Standard (IAS 38) for recognizing and measuring intangible assets, an intangible is an identifiable non-monetary asset without physical substance. Goodwill, brand recognition and intellectual property, such as patents, trademarks and copyrights, are all intangible assets.

Items that are considered intangible assets are listed below:

The formula below can be used for calculating the total (on and off-balance sheet) financial value of a company’s intangible assets:

It should be noted that this formula only gives an approximate value. Market value is the current value of the company in the stock market.

Intangible Assets in the Balance Sheet

The value of tangible and intangible assets are reported on the company’s balance sheet.

The following extract is taken from the balance sheet of the Coca-Cola Company showing the company’s assets with comparative amounts for 2018 and 2017. 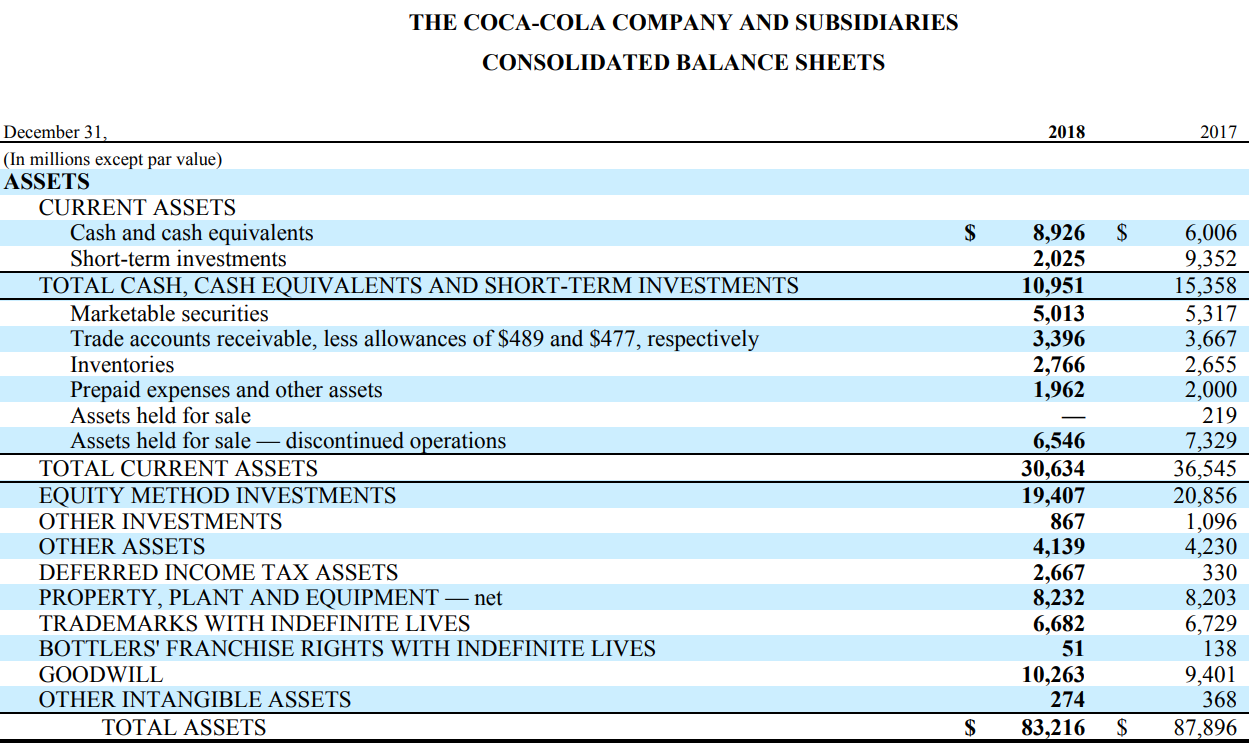 Where the carrying value of goodwill cannot be recovered through sale or use, it is said to be impaired. The goodwill is impaired when the business will not be able to recover the amount recorded in the company’s balance sheet, either through use or through a sale. In conclusion, the asset value in the balance sheet must be reduced.

If the company believes that impairment may have taken place, an impairment review must be conducted. It involves comparing the net book value with the cash-generating ability of the asset. If the review shows that there has been an impairment of the recorded net book value, the loss in asset value (reduced) results in an expense in the income statement.